Two-time Tony Award winner, Theater Hall of Fame inductee and veteran of ten Broadway shows (including Ragtime, Man from La Mancha, Kiss me Kateand shuffle along) – and these are just a few of his countless honors and credits – renowned stage, screen and recording star Brian StokesMitchell, in addition to being acclaimed for his illustrious career spanning over 40 years, is also famous for his benevolent charitable efforts. During the pandemic shutdown, he serenaded NYC with “The Impossible Dream” from his apartment window every night for weeks to honor our essential workers. Since 2004, he has served as Chairman of the Board of Directors of the Community Entertainment Fund (formerly known as the Actors Fund), a national social service organization founded in 1882, to provide support for industry professionals. He is also a member of the board of directors and of the artists’ committee of Americans for the Arts and is a founding member of united black theater.

Now adding to all that, Stokes will make his Diamond Series debut at Feinstein’s/54 Below this month with a cabaret concert of standards and hits from his celebrated career, accompanied by a trio led by his pianist and longtime collaborator Tedd Firth. Between his powerful baritone voice, the lovable entertainer will share personal stories with audiences and even solicit requests for favorite songs they’d love to hear him sing.

In addition to the first-class concert, a specially curated four-course dinner, complimentary welcome drink, tax and gratuity are included in the Diamond Series ticket price (additional alcoholic beverages are extra), and the capacity of the intimate room will be limited to guarantee an unforgettable exclusive experience. After the performance, the public is invited to spend the rest of the evening at leisure in the club.

Ahead of the first of her five-night engagement, June 20-25, Stokes generously took time out of her nonstop schedule to take our Pop quiz about the show, her background, and her personal tastes.

Stokes: I love the venue, the location, the lighting, the sound, the food and the audience. People who come to this place know the music very well and have a real appreciation for the art. It’s a real “happy place” for me, and I hope it also rubs off on the audience when I play.

Whether I’m at the Hollywood Bowl or in a smaller venue, I want people to feel like I’m playing in my living room just for them. 54 Downstairs is really intimate and up close, so it’s easy to do that down there!

Scallop ceviche, crab and shrimp cocktail, ricotta and English pea risotto, mango-coconut cake. OK, it was more than one dish, but it’s hard to choose because everything is so good. They also have a great margarita after the show.

This show is going to be fun because a lot of it will be a “joker” show, where every night I’ll let the audience tell me what they want to hear me sing. Each show will be different and personalized for that particular audience. I’ll also be adding some of my personal favorites where I can, so that’s the show on a level. On another level, my goal is for the audience to feel recharged, invigorated, empowered and LEVITE when they leave the room! Ultimately, it’s about reconnecting to our space of joy because we’ve ALL been there for the past few years, right?

If there’s room with all the requests, I can add Billy Strayhorn’s “Lush Life” as a duet with the amazing Tedd Firth on piano. It’s an empowering song that I’ve always wanted to do and recently I think I’ve found the “in” for the song for me.

I’m not superstitious, so there’s not much besides practicality – like my runway clothes, my shoes, maybe salt water or lemon and honey water. Lots of water. Singers drink a lot of water.

There have been so many – I recently received my second honorary doctorate, this one from the Boston Conservatory at Berklee. Last year I got the key to New York City. I received the Actors Fund Medal of Honor and the special Isabelle Stevens Tony Award for my work with the Actors Fund, which has just been renamed Entertainment Community Fund for our 140e anniversary. I won the Tony and every theatrical award NY can bestow with a few added extras, to boot. If I had to pick one, I might have to say the first New York award I received after debuting on Broadway in a show called Mail, which unfortunately only lasted two months. It was the world theater prize. It was and still is a rather small “niche” ceremony and many outside of the Broadway community are unfamiliar with it. It is this purity that pleases me the most.

ten. What’s the best reaction you’ve ever had from a fan?

When I was singing “The Impossible Dream” outside my window during COVID in the spring of 2020, a neighbor across the street that I’ve never met stopped me to say “Thank you. Hearing you sing through the window every night is the only time in my day I feel joy. I was singing in gratitude to essential workers, but his comment reminded me that that’s not the only reason people gather outside my window every We were all especially looking for a special connection then – and still are.

Sing from afar. I remember singing with my older brother John when I was only three or four – he taught me harmony – and he was only six or seven at the time! He was a remarkable person and a huge influence on my life. I only started studying theater at the ripe old age of fourteen.

I’ve had many, but perhaps the most profound and enduring was when I was six and my parents gave me a fan organ while we were living in Guam. I sat in front of this instrument for hours transfixed by how pressing certain note combinations made me feel. I also realized very quickly that I could listen to songs from the radio or television and, with just two or three listens, later remove them from my memory and sit down and play them – with the chords and all – and that was before I even knew what chords were. I have a lot of creative epiphany memories. Like the moment when I realized that an orchestra was not a sound in itself, but a combination of many simpler sounds – a sound “recipe”. And I could quickly recognize the names of the ingredients as I listened – bassoon, French horn, viola, harp, celesta, alto flute. . . I guess my brain is wired for sound.

Well, my work amuses me. But I spend a lot of my free time in nature – in New York, that means escaping to Riverside and Central Parks. I think I know almost every square inch of everyone. I also do tai chi and breathing meditations – I’m a big fan of Wim Hof’s method.

You have to pay it forward and people usually pay attention to you, to teach those who follow you to do the same.

My sincere thanks, Stokes, for sharing a fabulous fifteen minutes with us to take our Pop quiz and giving our readers a taste of your highly anticipated Diamond Series concert. I can not wait to be there ! 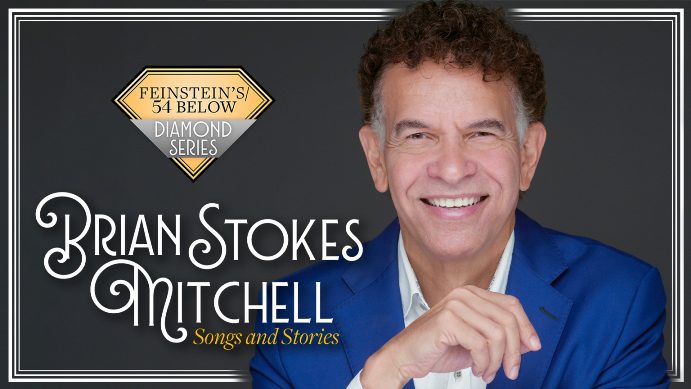