This fall, the South Pasadena Drama Department will take on Pulitzer Prize-winning playwright Will Eno, MIDDLETOWN. Eno, who was
nominated for the Pulitzer Prize for his play Thom Pain (based on nothing) and called by
Christopher Isherwood of The New York Times “Samuel Beckett for the Jon Stewart Generation”, said he wanted to write “something that was a statement about what life looks like, to me, on earth”.

Middletown had two famous productions at New York’s Vineyard Theater and the
Steppenwolf Theater in Chicago (with Tracy Letts) and was the 2010 winner of the Horton Foote Award for Promising New American Play.

Middletown is a moving and very funny play that explores the universe of a small American town. The kind of town where, as one character put it, “the main street is called Main Street. And the side streets are named after trees. People come, people go. Crying, by the way, back and forth.

As the lives of its archetypal inhabitants intersect – a cop, a mechanic, a librarian, a pregnant newcomer and many more – we learn their stories, both funny and tragic, and increasingly see their connection. the ones with the others. We see friendships developing, old grudges tested, the generosity of new neighbors, birth and death. We even visit the city’s most famous resident, an astronaut, in space.

Middletown (directed by Nick Hoffa, under the technical direction of James Jontz) will be played five times: November 4, 5, 11 and 12 (Friday, Saturday) at 7:00 p.m. There is a matinee on Saturday November 12 at 2 p.m. Little Theater, South Pasadena High School, 1401 Fremont Ave., South Pasadena, CA. General admission is $15. Tickets go on sale the week of October 27, 2022 (check SouthPasDrama.com/middletown for updates) and can be purchased online at sphsasb.org and at the door. Middletown has mature subjects and themes and parental discretion is advised for those under 13. 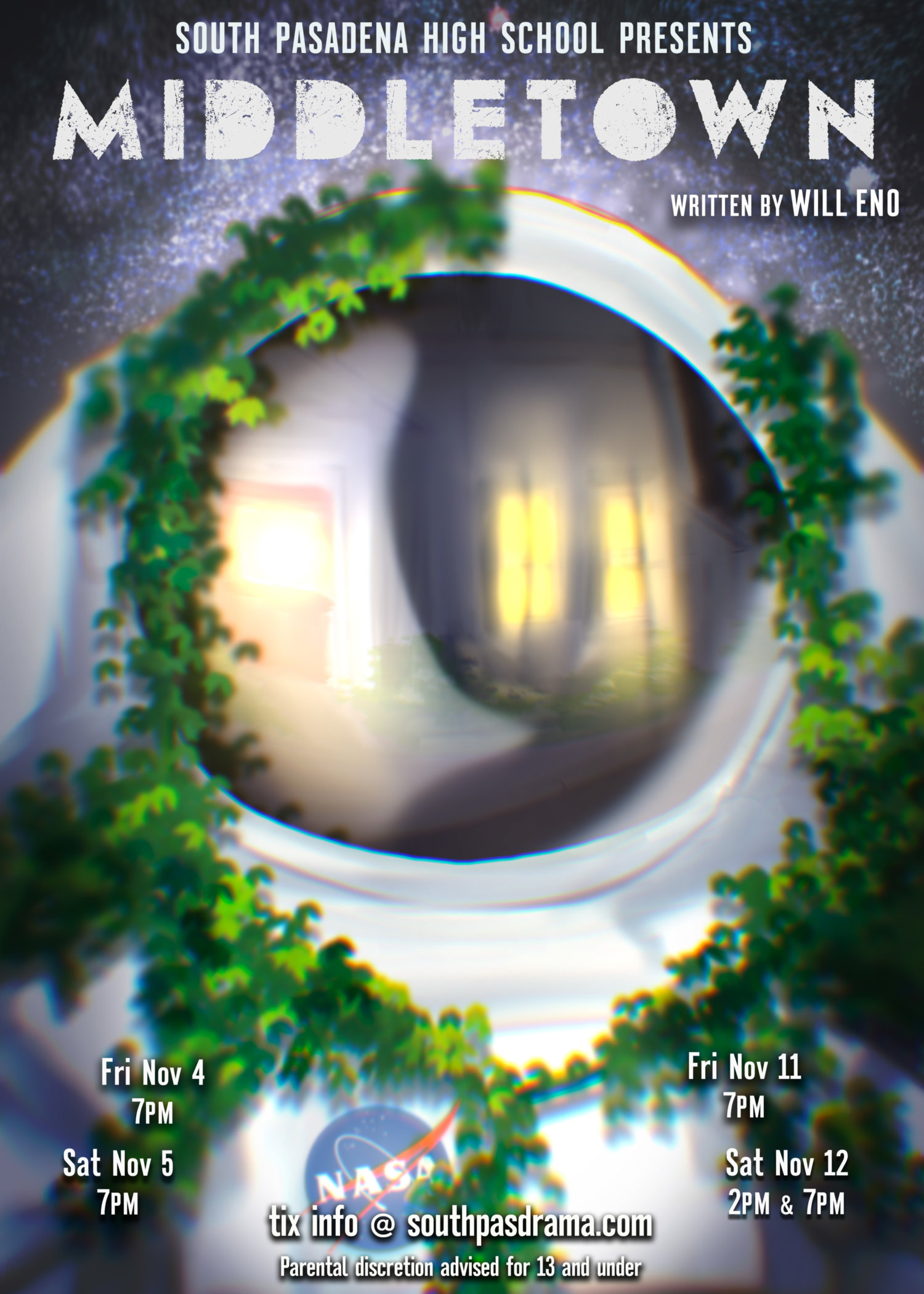